Due to the upright body position, the feet bear the major load, both static and dynamic, whereby the weight is distributed and transferred to individual body parts. The foot is often unable to withstand the load imposed on it, and there is a disproportion between load and the foot’s ability to maintain its shape and normal function.

Flat foot (Pes planus) is a very common deformity, which occurs in large population, resulting from a variety of causes, including injuries, inadequate and uncomfortable footwear, obesity, as well as hypokinesia, that is, reduced movement, weakening and loosening of the muscles of the lower leg and foot (mostly occurs in puberty).

When walking, there is often pain in the muscles of the back lobe of the lower leg, as they are not physiologically loaded, and cramps may appear as well. In adulthood, even more severe deformities can occur due to significant changes in bones and their movements, so it is often the case that standing becomes difficult or even impossible. 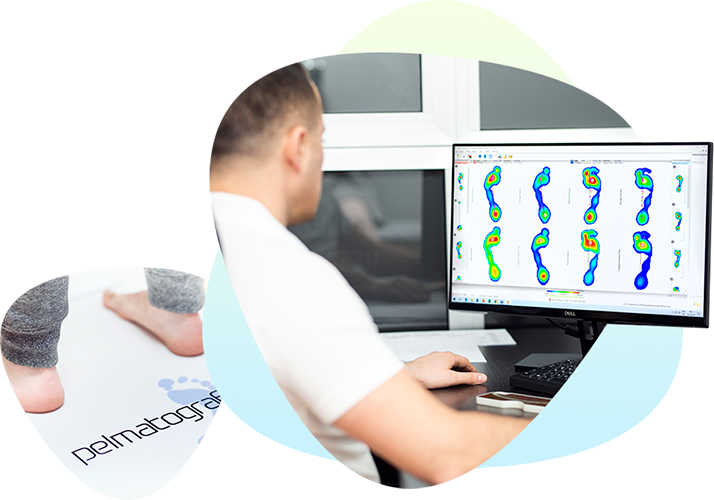 Treatment is performed with orthopedic shoes with insoles and physical therapy. The best way to start treatment is at the early stage of foot arch formation.

Diagnostics and assessment of foot status