Development of the Schroth method 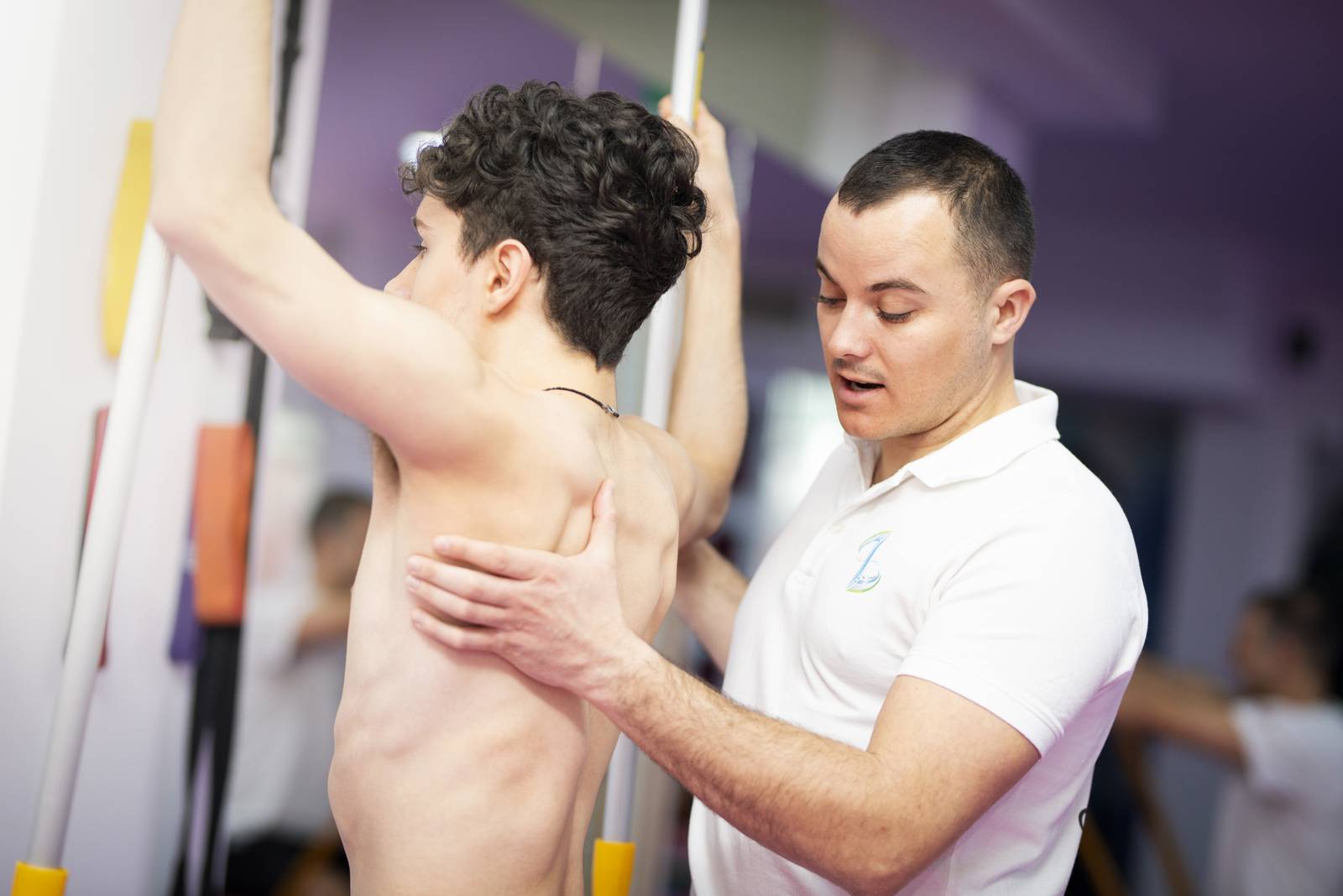 Scoliosis was recognized at the 5th century BC, when Hippocrates described it, and also treatment for scoliosis. At that time, his belief was that one of the reasons for the occurrence of this deformity was a luxation of the spine. He tried to counteract the luxation by using mechanical devices, where he also designed Hippocrates' luxury bed. In the 16th century, brace was first described and promoted by Pare. At the beginning of the 19th century, a systematic orthopedic-physiotherapeutic method was presented. The application of the brace was performed under the supervision of a doctor, and corrective exercises were also performed, often with the help of mechanical aids designed specifically for the treatment of scoliosis. The treatment of scoliosis has progressed and developed over time, various corrective treatments have emerged based on passive stretching of the patient using various devices, as well as the design of various rigid braces.

At the end of the 20th century, Katharina Schroth developed a three-dimensional treatment for the correction of scoliosis. She had medium-sized scoliosis, but she was not satisfied with the treatment at the time. She wanted her body to look more symmetrical. Looking in front of the mirror, she tries to push the concave parts of the chest outwards by breathing, thus reducing the asymmetry of the body. In this way, three-dimensional rotational breathing is created. From 1921, a new form of non-operative treatment of scoliosis began, which consisted of specific postural corrections, a corrective breathing pattern and correction of postural perception. Although mechanics do not play a small role, but for the first time scoliosis was not seen only as a mechanical change. Katharina represents sensorimotor kinesthetic principles that can be implemented in treatment. These principles use active correction, in order to develop awareness of posture during everyday life and thus prevent behavior that may affect the further deterioration of the scoliotic curvature. Breathing is integrated as a key factor in the correction of scoliosis, not only in the correction of the chest but also of the lumbar region. The first Schroth Institute was founded in Meissen, Germany, Breathing Orthopedics.

The history of the Schroth method includes the work of three generations of the Schroth family. Katharina had big help from her daughter, Christa Lehnert Schroth, who was a physiotherapist and who played a key role in the development of the Schroth method. She presented a simple classification system for treatment, which contributed to a big improvement of the method. Christa also introduced exercises for the correction of the sagittal plane (lateral profile) as well as self-correction during everyday life, which is based on an individual pattern of scoliotic curvature. With these supplements, people with scoliosis are able to learn the exercises as well as the principles of the Schroth method in a couple of days, which allows them to be completely independent of the therapist. This is helped by observation in the mirror during work, which plays a big role. With the help of a mirror, they can get feedback on whether he has placed himself correctly in the exercise, as well as to monitor corrective breathing during the performance of the exercises.

After World War II with her daughter Christa, Katharina was forced to move to the western part of Germany, where she opened a small institute in Bad Sobernheim. Over time, the institute expanded, and today there is a large clinic in Bad Sobernheim that can accommodate 180 people with scoliosis or kyphosis. Here, the further development of the Schroth method continued, which over time became more and more famous. Chista dedicated her entire life to the development of the method, until 2015, when she passed away. Today, the method holders are Axel Hennes and Udo Rovinish, who are credited with the further continuous development of the Schroth method. Today, the Schroth method is the most widespread method for non-operative treatment of scoliosis.