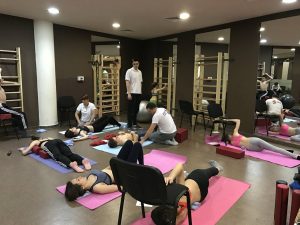 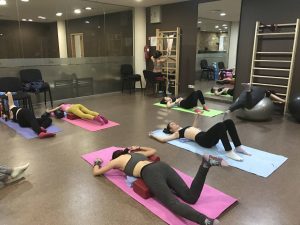 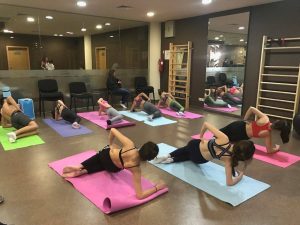 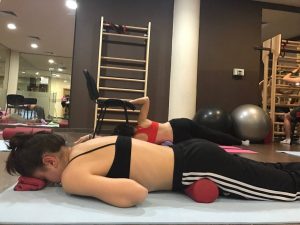 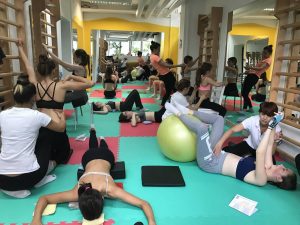 Schroth camp is a seven-day intensive treatment that treats people who have a spinal deformity - scoliosis, kyphosis or lordosis. The Schroth method, which is based on three-dimensional correction of spinal deformities, is performed at the camp. The most common deformity of the spine is scoliosis, the term "healing of scoliosis" is often mentioned, however, when we talk about the conservative type of rehabilitation then we talk about "correction of scoliosis".

The first Schroth camp was held in 2014 in Ribarska Banja, near Kruševac. Schroth therapist, and an international instructor of the Schroth method, Nikola Jevtić started the camp with one goal, for people with scoliosis and kyphosis to learn Schroth method exercises and to continue with exercises at home after the camp with occasional controls by an expert. Also, one of the goals of the camp is to spread awareness about spinal deformities and the conservative type of treatment that is still insufficiently known in our area. Treatment of scoliosis can be operative when the deformity exceeds a certain degree of curvature. At the camp, detailed information and suggestions are always given to parents and children about the further course of treating deformities.

Since 2014, the Schroth camp has been held regularly, in Serbia several times a year in the premises of the Scolio center in Novi Sad and Belgrade. In addition, the camp has taken on regional and global frameworks. Schroth camp is also held in Bulgaria, Romania, Croatia, Turkey, as well as in Canada and America.

Who is Schroth Camp for?

Schroth camp is intended for all people who have deformities of the spine, it is also intended for people who have a bad posture in the form of scoliotic and kyphotic poor posture. The age limit of the participants is determined by the lower limit and it is 10 years, while there is no upper limit.

On the first day, an introductory lecture is conducted as a type of introduction to the procedure and the method that is applied.

Scoliosis treatment is a complex process in which a multidisciplinary team should be involved. In that way, the best possible approach to the problem is achieved, because the best type of preventive action for the development of scoliosis is early detection of the problem. In addition to the corrective program, we at the Scolio Center try to identify the problem at the very beginning by regular testing of children and thus prevent the more serious consequences that scoliosis can bring.