The Schroth family and the spread of the Schroth method 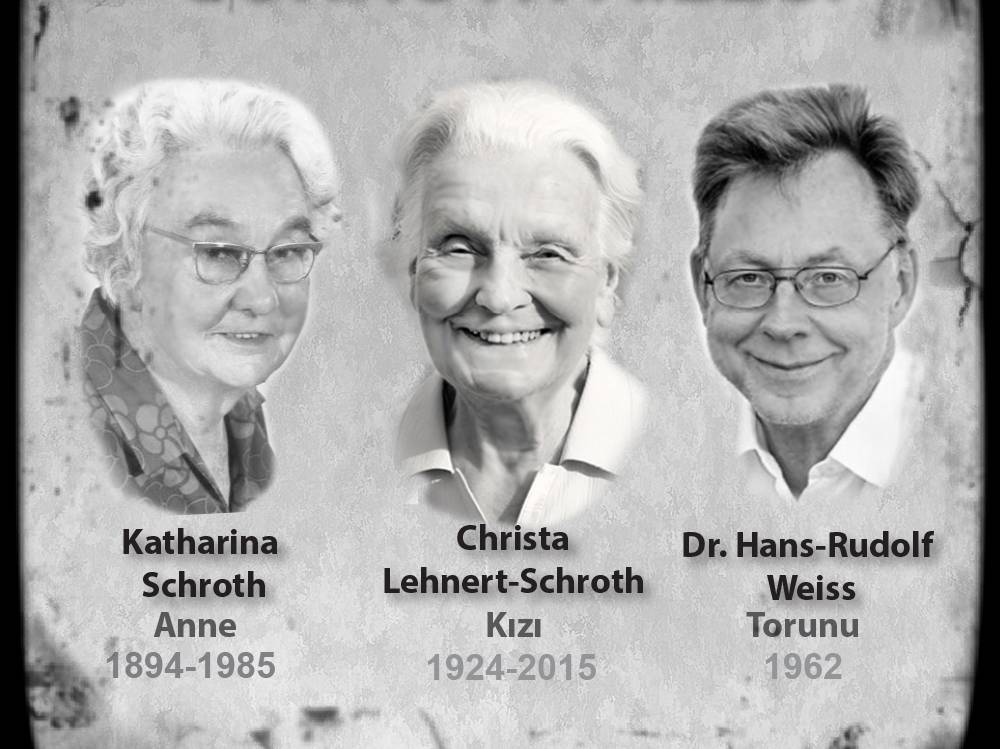 Katharina Schroth was born on February 22, 1894 in Dresden, Germany. She had medium-sized scoliosis. She also wore the brace, but she was not satisfied with the results of the treatments at the time. The only thing she wanted was to be able to stand up straight and live without a brace. Looking in front of the mirror, the main problem she noticed at the fact was that her body was asymmetrical, that on one side her ribs were more pronounced and rotated backwards, and that on the other side the ribs were displaced inwards. Inspired by the balloon and not knowing what effect she will achieve, she begins to breathe on that way that the parts of the chest that are "pulled" inside to "pull" out, and the parts that are more pronounced to block. With this kind of breathing, she achieves a more symmetrical position of her body, and this is in fact the way rotational three-dimensional breathing came about. She realized that the trunk was formed of segments that were rotated opposite each other, and that it was necessary to derogate all segments. Observing herself in front of the mirror, beside breathing, she also performed certain corrective movements, in order to bring her body into the most correct position. She understands that a change in postural control can only be achieved by a change in postural perception.

Katharina Schroth was a teacher of functional gymnastics. She implemented a lot of elements from Swedish gymnastics in the Schroth method. She founded the first Schroth Institute in 1921, Breathing Orthopedics in Meissen. The institute had a large garden and a small building, in which there were certain equipment for performing exercises and which was also used for individual work. Most of the treatments were performed outside, fresh air and sun rays had a positive effect on the health of the patients, especially at a time when people were not used to exposing their bodies to the sun's rays. Katharina's husband, Franz Schroth, also helped patients with individual corrections as well as specific strengthening exercises.

Over time, three-dimensional breathing, exercises, the whole method has updated and advanced. Before World War II, the method already had significant success. During a controlled experiment in Hindensburg, where a comparison of different methods was performed, the commission concluded that the results of the Schroth method far exceeded the results of other methods. In 1955, Katharina moved to the western part of Germany with her daughter Christa Lehnert Schroth, while in 1961 she founded a small institute in Bad Sobernheim, which eventually grew into a large clinic, which today can accommodate 180 people with scoliosis or kyphosis.

Katharina Schroth receives the Federal Cross of Merit from the Government of the Federal Republic of Germany. Doctors and orthopedic clinics, as well as health insurance companies and the Social Security Institute, are starting cooperation with the clinic. At a ceremony marking the 60th anniversary of Katharine Schroth's professional career in 1981, orthopedist Dr. Karl Cross described many attempts to treat scoliosis during the 19th century. "Many principles of exercise already existed, there was also an orthopedic gymnastic system. However, the methods propagated at that time did not take into account the pathological processes of spinal distortion. Despite great efforts, the success rate was almost zero. This is where the Schroth method begins as an institution, when it involves spinal detonation. ”

In February 1983, the clinic was renamed the ,,Katharina Schroth Clinic” as part of the method's founder. Katharina Schroth passed away on February 19, 1985. Katharina had big help from her daughter, Christa Lehnert Schroth, who was a physiotherapist and who played a key role in the further development of the method that her mother devised. After Christa divorced her first husband, with whom she had a son, Weiss, she married Adalbert Lehnert, who helps her build a new institute and who also helps treat patients. Christa ran "Katharina Schroth Clinic" until 2015 when she was sold to Axlepios. During that time, her son, Hans Rudolf Weiss, was set for director, during which the clinic expanded and created the possibility for the simultaneous stay of 150 people with scoliosis. He left the Schroth Clinic in 2008 and began his method, Best Practice, which resembles the Schroth method but is not the original Schroth. Christa dedicated her entire life to the development of the method and its perfection, until 2015, when she passed away. It can be said with certainty that the Schroth method is the most widespread method of non-operative treatment of scoliosis, which gives successful results in the control of this deformity as well as its correction.