Scoliosis is a complex three-dimensional deformity of the spinal column that produces radiological changes that can be seen on the X-ray and the clinical changes that can be seen with the naked eye. Depending on the site of onset, scoliosis causes different changes of clinical image. Also, change in people with scoliosis occurs in the balance of the body, so that the focus of the body is on the side where the main curve is also located, therefore progression occurs due to gravity that makes the additional problem in that case and increases the asymmetric load. For this reason we observe several parameters during the conservative (non-operative) treatment of scoliosis:

In adults who have completed growth and development, we are primarily based on eliminating pain, improving a person's functionality and the clinical picture.
Regardless of the type of scoliosis, individuals who have not completed growth and development have a high chance of progression (worsening) of the existing curve. When treatment begins, the first and primary goal is to slow down or stop the progression, and then to reduce the existing scoliotic curve. 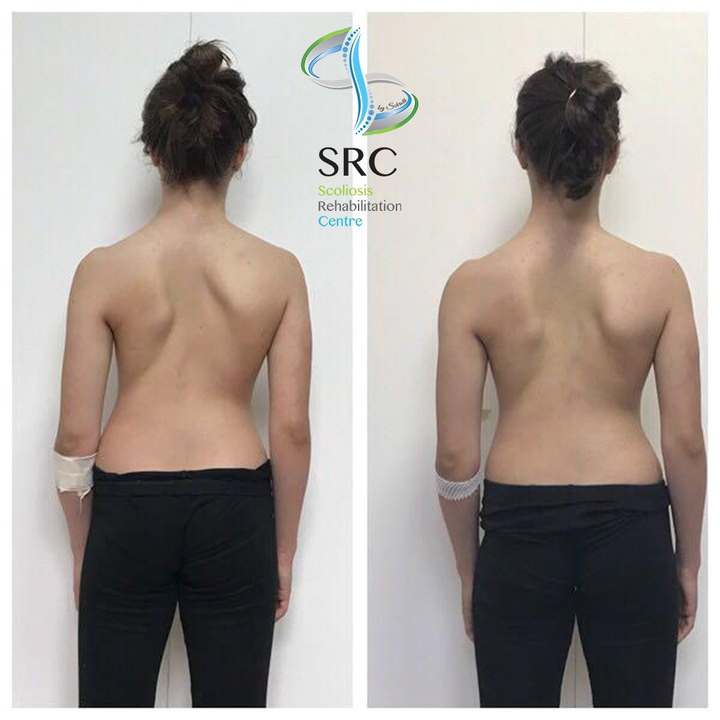 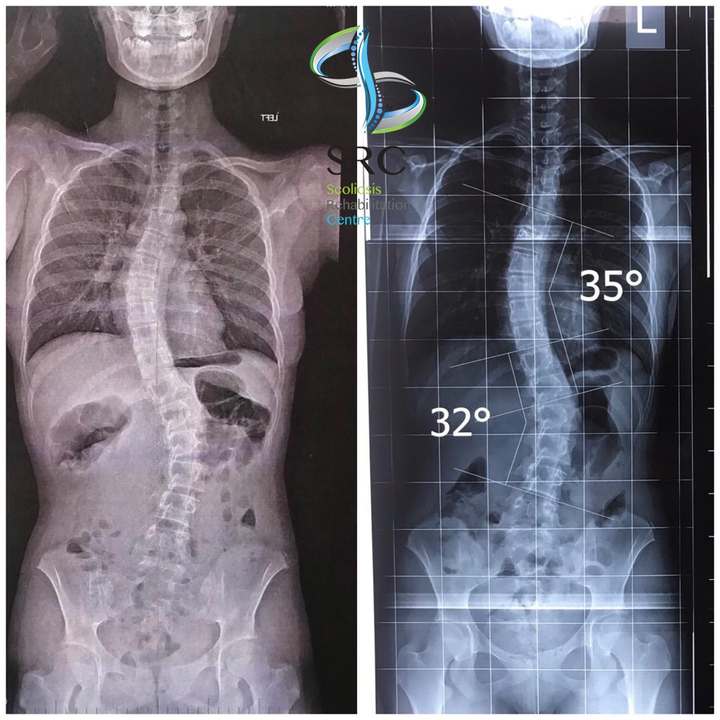